Week 1 – Prenatal Memory: a Message from the Children – Film Viewing 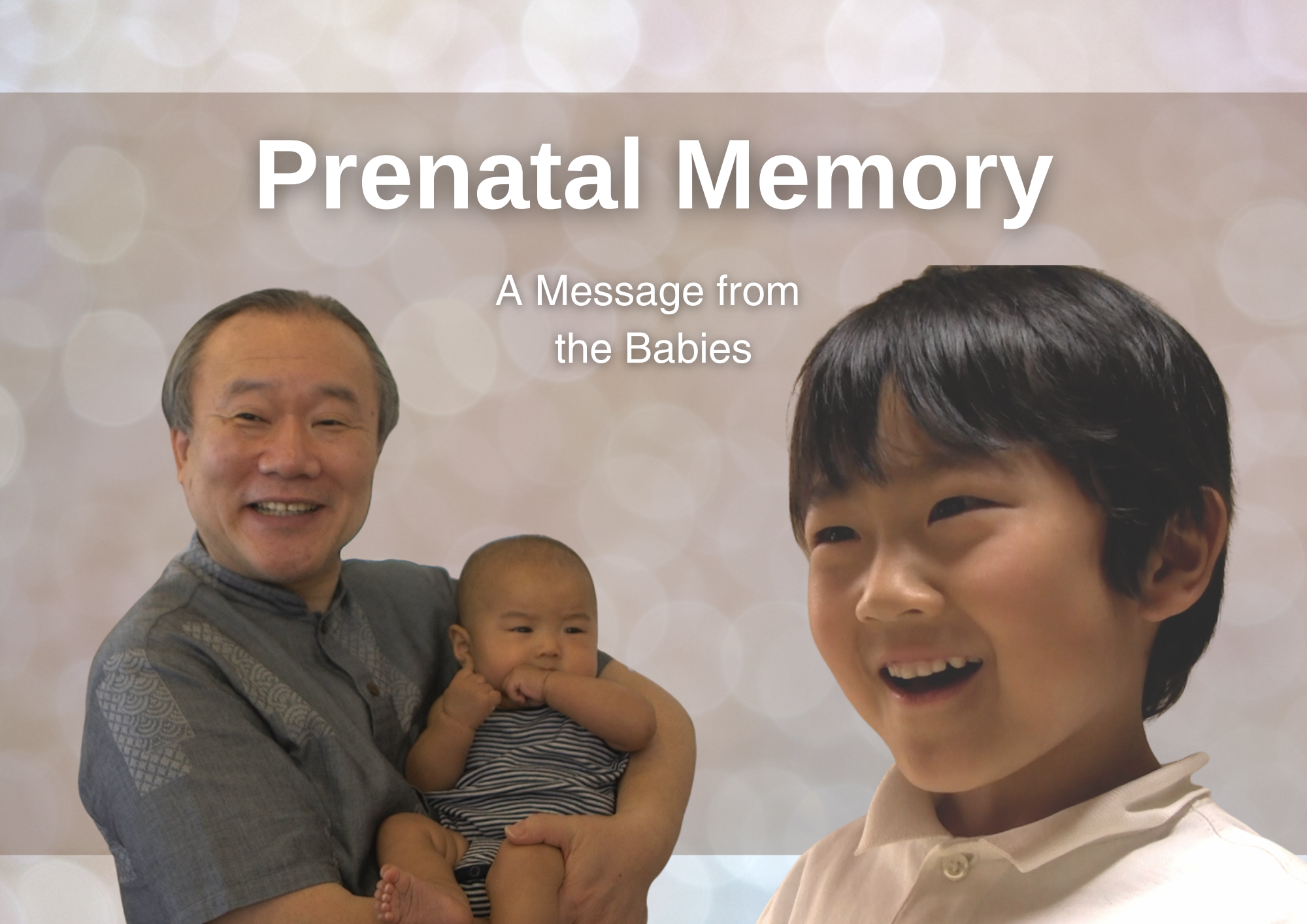 Monday, March 7, 12:00 pm EST will be the international premier for the film:

Prenatal Memory: a Message from the Children

Dr. Akira Ikegawa runs an obstetrics and gynecology clinic in Yokohama City, Kanagawa Prefecture, and also gives lectures throughout Japan as a leading researcher on Prenatal Memory. Dr. Ikegawa said says when he asked children who have Prenatal Memory about the reasons why they were born, they always answer, “To help people” and “To make mothers happy by their birth and presence.” Yumiko Tobitani and Chikako Kagami who are experts in early childhood education talk about Prenatal and Pre-birth Memory in their classes. The camera captures the scene during some actual research on Prenatal and Pre-birth Memory when Professor Masayuki Ohkado at Chubu University and Dr. Akira Ikegawa conducted interviews with children and their mothers. Please feel and reflect with the researchers on how interpreting Prenatal Memory affects the bond between mother and child, and between siblings. The second half of the film is about the developments in the field of Prenatal Memory research by overseas researchers. Norio Ogikubo accompanied the Prenatal Memory Global Project team from Japan to cover the APPPAH (Association for Prenatal and Perinatal Psychology and Health) International Congress which was held in the US in 2019. Imagine the smiles of the babies. And please remember to listen to the messages from these babies to create a better world they will be responsible for in 20 or 30 years.

Norio Ogikubo is a Filmmaker and the owner of Kumanekodo Co. Ltd. he accompanied the Prenatal Memory Global Project team from Japan to cover the APPPAH’s International Congress. He is an instructor for the Movie Class at the Tokyo International Stanislavsky Academy. He has more than 30 years of experience as a recording, lighting, and photography engineer for theatrical films and documentary programs.

Yuko graduated from The Evergreen State College with a BA in Consciousness Studies and a certified Prenatal and Perinatal Educator. She launched the Prenatal Memory Global Project in 2018 with Dr. Ikegawa and Dr. Masayuki Ohkado at the Society for Mind-Body Science 28th Annual Conference. She organized and coordinated joint group presentations from Japan and China for the 2019 APPPAH International Congress and also served as an interviewer for the film “Prenatal Memory”.